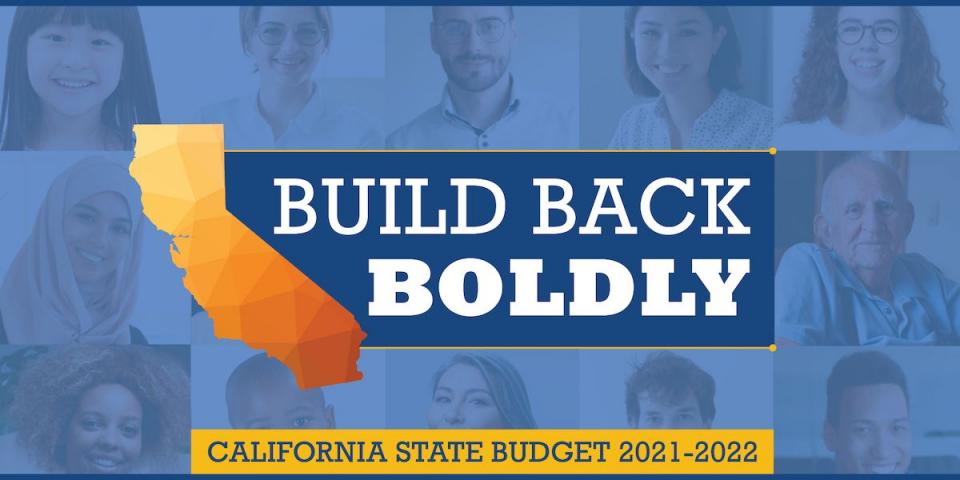 State Sen. Nancy Skinner, D-Berkeley, issued the following statement on the budget agreement between the Legislature and Gov. Newsom, which was approved today by the Senate Budget and Fiscal Review Committee, for which she is chair:

“In the wake of a 15-month pandemic that inflicted much pain and suffering on so many, California is building back boldly. This good news budget funds our schools and childcare at record-breaking levels, sets the path to debt-free college, and puts additional money directly into the hands of low-income and middle-class families and small businesses. And it makes transformative investments toward ending homelessness and hunger, including California becoming the first state to provide universal school meals.”

The budget package builds on proposals put forward in the Senate’s “Build Back Boldly” plan, the Assembly’s “A Budget of Opportunity” blueprint, and the Governor’s May Revise to become the most responsible, most transformative, and boldest state budget in modern California history.

“Gov. Newsom is right: California is roaring back,” Sen. Skinner added. “Our years of responsible budgeting, our state’s progressive tax system and the much-needed federal stimulus funds made this budget possible and allowed us to set aside record reserves for future economic uncertainty.”

The Senate Budget and Fiscal Review Committee approved the budget agreement this morning. The full Senate is scheduled to vote on the agreement later today.

To read more about the budget agreement and its highlights, go here.

Sen. Skinner represents the 9th Senate District, is chair of the Senate Budget and Fiscal Review Committee, and is vice chair of the Legislative Women’s Caucus.