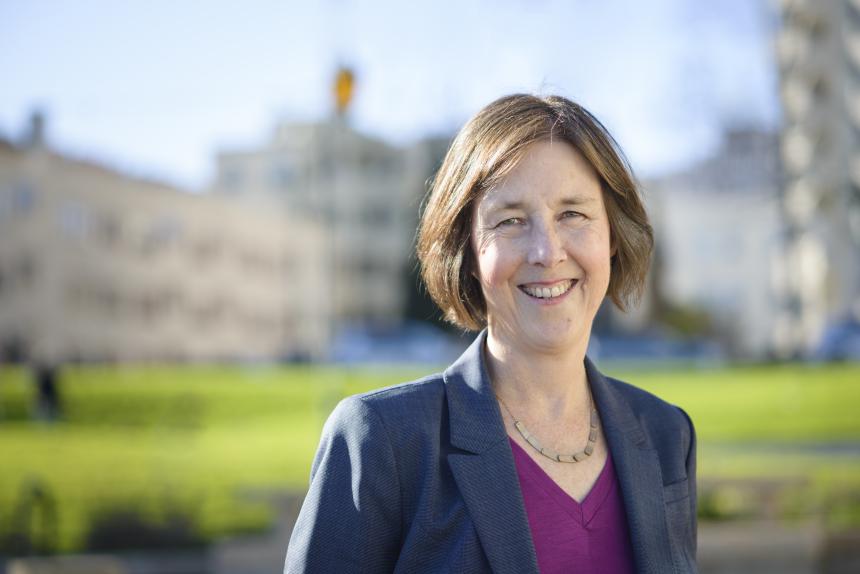 A social justice advocate, clean energy and climate change trailblazer and accomplished legislator, Nancy Skinner was first elected to the state Senate in 2016 after completing three terms in the state Assembly. Senator Skinner currently serves as chair of the Senate’s Budget and Fiscal Review Committee and of the California Legislative Women’s Caucus.

Skinner has authored groundbreaking laws including SB 206, the Fair Pay to Play Act, making California the first state to give college athletes the right to earn money from their name, image, and likeness; SB 1421, opening up police misconduct records for the first time in 40 years; and SB 1437, overhauling California’s unjust felony murder rule. While in the Assembly, she authored AB 153, requiring Amazon and other internet retailers to collect sales tax; AB 1014, the first in the nation gun violence restraining order otherwise known as ‘red flag’ law; and AB 1930, giving college students access to federal food assistance, which has now been copied by most every state in the country. In 2021, Skinner led the successful campaign to make California the first state in nation to make free school meals available to all public school children.

Skinner began her public service in 1984 as the first and only student elected to the Berkeley City Council. On the council, Skinner introduced the nation’s first Styrofoam ban and co-founded an international association, ICLEI-Local Governments for Sustainability, which now includes 2,500 local and regional governments in over 125 countries. Skinner’s work at ICLEI led to the initiation of the Cities for Climate Protection program, which engaged hundreds of cities worldwide to take action to stop climate change.

Skinner is a past member of the East Bay Regional Park District board, a former small business owner, and an active advocate to increase the number of women in elected office. She served on the Board of the East Bay Women’s Political Caucus and launched the Women in Power PAC to support Democratic women running for state office.