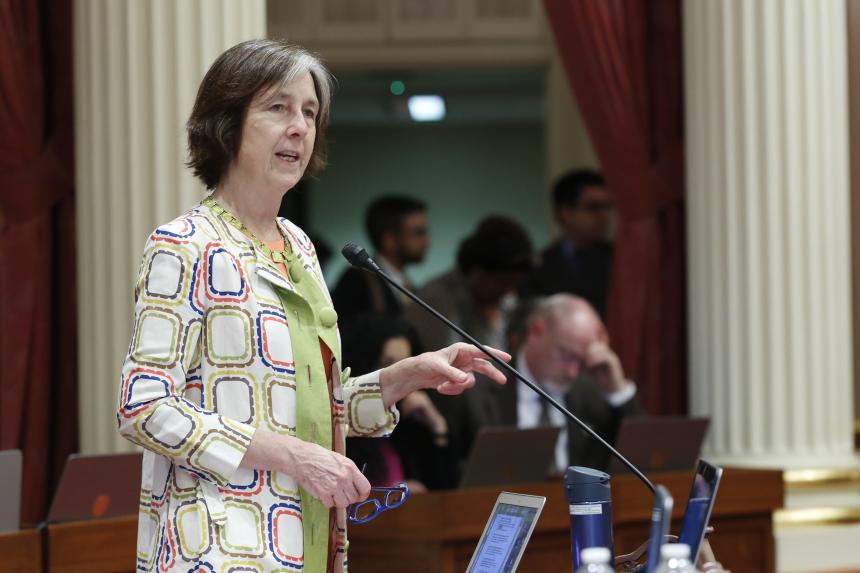 State Sen. Nancy Skinner, D-Berkeley, today unveiled Senate Bill 419, which seeks to keep kids in school by eliminating the suspension of students for low-level offenses known as “willful defiance.” Such suspensions have disproportionately impacted students of color, LGBTIQ students, and those with disabilities in California.

“SB 419 puts the needs of kids first,” Sen. Skinner said. “Instead of kicking them out of school, we owe it to students to figure out what’s causing them to act out and help them fix it.”

SB 419 is also designed to help reduce dropout rates in California. According to the 2012 Johns Hopkins University study, Sent Home and Put Off-Track, “being suspended even once in 9th grade is associated with a two-fold increase in the risk for dropping out.”

“Suspensions are not a formula for student success. Kids lose valuable instruction time causing them to fall behind in their studies; those same students are also more likely to drop out,” Skinner said. “Ending willful defiance suspensions will keep kids in school where they belong and where teachers and counselors can help them thrive.”