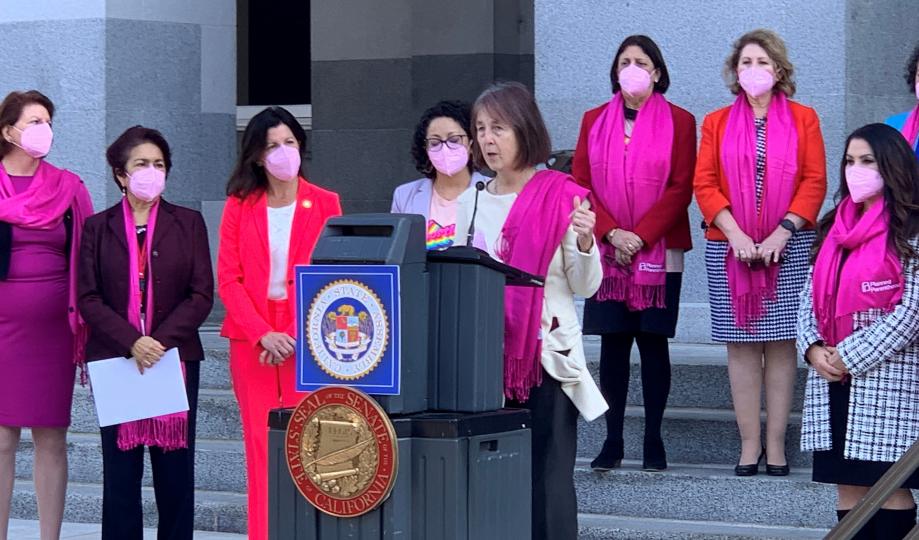 The Women’s Caucus’ announcement was in partnership with the California Future of Abortion Council (CA FAB Council), a statewide coalition of reproductive freedom, sexual and reproductive healthcare allies, partners and leaders. It also comes in response to a regrettable decision last fall by the U.S. Supreme Court to let stand, at least for now, a Texas law that bans abortions after six weeks, along with ominous indications from the court’s conservative majority that it intends to uphold a Mississippi law banning abortions after 15 weeks.

“Given the relentless attack on an individual’s reproductive rights across the United States, this upcoming year the Legislative Women’s Caucus will put the full weight of our Caucus behind advancing access to sexual and reproductive healthcare within our state, especially for our most marginalized communities. The reality is that a lack of access to services across the United States disproportionately affects communities of color, low-income communities, trans, and other marginalized communities because they do not have the means to travel far, including across state lines for an abortion. This fight is not just about a person's right to control their own destiny, but about ensuring our most vulnerable community members have equal access. It’s about equity,” Asm. Garcia said. “Our members will lead vital efforts in the Legislature to protect every individual’s fundamental right, as confirmed in Roe v. Wade, to make decisions regarding pregnancy, leading with a lens on equity.”

“Roe v. Wade has been the law of the land for a half-century. But now, an anti-abortion majority on the U.S. Supreme Court is poised to roll back reproductive freedom around the country. More than half of U.S. states have passed laws that restrict or eliminate access to abortions. This is a national disgrace and has caused a national crisis,” said Sen. Skinner. “But California will not just stand by. We are committed to providing access to abortion and all reproductive services not only for Californians but also for those who may seek refuge here. We are determined. We will not give up this fight.”

“The Legislative Women's Caucus has, does, and will continue to support women and families at every turn," said Senate President pro Tempore Atkins. "We will not let the backwards policies of other states leave us without options or agency over our own bodies. We remain committed to expanding and protecting access to abortion care for individuals and families, regardless of how much money they have or where they come from.”

“While there is a lot to be dismayed about around abortion, despite approaching the 49th anniversary of Roe, today offers hope for Californians and everyone who may be forced to seek abortion care in California due to extreme restrictions in their own state,” said Jodi Hicks, President and CEO of Planned Parenthood Affiliates of California and a member of the CA FAB Council Steering Committee. “The leadership of the Legislative Women’s Caucus is precisely what Californians are looking for in their elected officials. We look forward to continuing this critical work with policymakers in the coming weeks and months, using the California Future of Abortion Council report as a blueprint to build upon California’s national leadership as a Reproductive Freedom state and ensure we continue to break down barriers for those who live here, as well as be a beacon and haven for people across the country.”

Among the FAB Council reproductive freedom proposals that members of the California Legislative Women’s Caucus will author this year include laws that:

Bills, in addition to the list above, that ensure California’s leadership role as a national beacon for reproductive freedom will be introduced in this year’s 2022 Legislative Session.