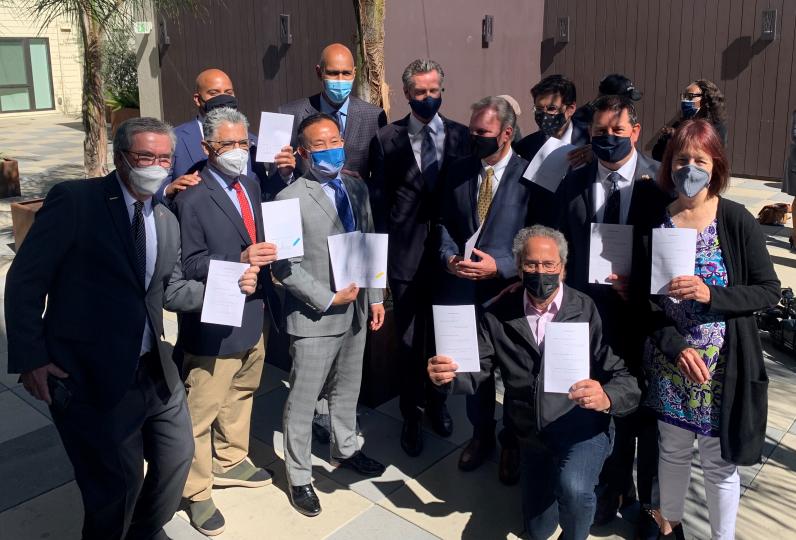 California Gov. Gavin Newsom today signed Sen. Nancy Skinner’s SB 290, which will update the state’s density bonus law to support more affordable housing, particularly for low-income college students. The governor signed SB 290 as part of a package of 27 housing bills that he approved at an event in Oakland.

“These new housing laws open the door for thousands more housing units at every affordability level and include measures to help hold local governments accountable. Together, plus the unprecedented $24-plus billion the governor and Legislature put in the budget for housing, shows that California is the national leader in the effort to build housing for all,” said Sen. Skinner, D-Berkeley. “And my bill, SB 290, gives housing developers more incentives to build affordable units for low-income college students, many of whom now are homeless or living in their cars.”

SB 290 builds on a 2018 law by Sen. Skinner, SB 1227. That legislation expanded California’s density bonus law, which allows housing developers to build larger projects if they include affordable units, to include housing for college students. Specifically, SB 1227 requires cities and counties to grant a density bonus to housing projects when at least 20% of the total units are set aside for lower-income students.

However, even with SB 1227, California’s density bonus law remains underutilized. According to UC Berkeley’s Terner Center for Housing Innovation, less than half of California cities and counties have had a development project that used a density bonus, and most jurisdictions have had only one or two projects.

SB 290 will expand the use of the density bonus law in order to create more affordable housing by providing further incentives to developers who build affordable units for low-income college students. It also streamlines the local approval process for density bonus housing projects and includes incentives for developers to build more for-sale housing for moderate-income Californians.