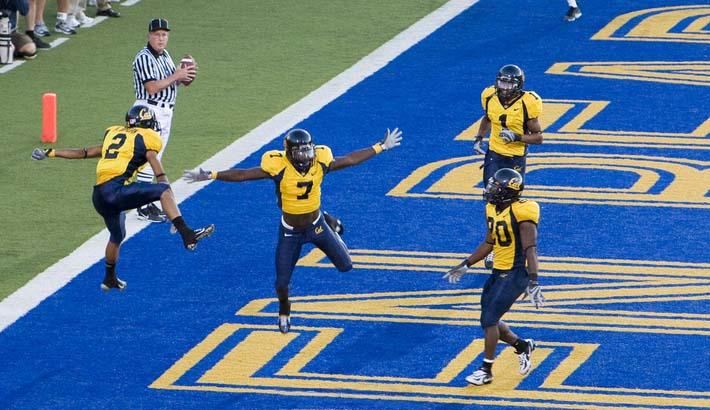 State Senators Nancy Skinner, D-Berkeley, and Steven Bradford, D-Gardena, announced today that they will introduce legislation to bolster their groundbreaking 2019 law, SB 206, the Fair Pay to Play Act. The new bill is aimed at ensuring that college athletes’ rights are fully protected, and it would move up the implementation date of SB 206 to coincide with the NCAA’s recently proposed rule changes or no later than Jan. 1, 2022. The new legislation, to be introduced today, also includes safeguards to protect California college athletes’ newly granted ownership rights to their name, image, and likeness.

“It’s good that the NCAA has followed California’s lead, but their proposed rules changes come up short. The NCAA doesn’t appear willing to give student athletes the autonomy and full range of benefits that California law does. This new bill will ensure that California athletes are not unfairly and unnecessarily restricted,” Sen. Skinner said.

“As I said in 2019, preventing students from seeking compensation for their likeness while you profit off it yourself is akin to institutionalized slavery,” said Sen. Bradford. “That’s why I am proud to join with Sen. Skinner in authoring this bill. SB 206 sent shockwaves through the nation, and this new bill will continue to empower the thousands of student athletes who generate billions of dollars in revenue for the NCAA while struggling to balance their educational and financial needs. This bill will accelerate and expand the allowances granted by the Fair Pay to Play Act of 2019 and protect students’ ability to fight back against unlawful denials of their rights.”

The 2019 law, SB 206, won unanimous, bipartisan approval in the California Legislature, ultimately prevailing on a vote of 112-0. Gov. Gavin Newsom then signed it into law at a ceremony hosted by NBA legend LeBron James.

SB 206 made California the first state to pass legislation to address the massive inequity in college sports, a huge industry in which everyone involved — colleges and universities, the NCAA, large corporations — pocket billions of dollars each year, while student athletes are excluded from any of that wealth. Specifically, SB 206 gives college athletes the right to earn compensation from their name, image, and likeness (NIL), such as from endorsement and sponsorship deals, and allows college athletes to operate a business or take jobs as a coach or instructor.

To give colleges and the NCAA time to adjust to the terms of California’s law, SB 206 contained an effective date of January 1, 2023. However, since the passage of SB 206, at least four other states have enacted comparable laws, with Florida’s NIL law slated to take effect first — on July 1, 2021. Additionally the NCAA’s proposed rule would also potentially take effect prior SB 206’s effective date.

Spurred by SB 206, the NCAA created a working group to study NIL rights for college athletes. Last month, that group issued draft rule changes that represent a step in the right direction in terms of NIL rights, but also includes unnecessary restrictions. The NCAA Board of Governors is expected to vote on the proposal in January, and it has proposed effective date of Aug. 1, 2021.

The new legislation would add key elements to California’s existing law: move up California’s effective date for NIL rights; add the right to earn compensation from what is known as “athletic reputation,” which ensures that a student athlete could identify the name of their college or university in endorsements and advertisements received; and insert protections should the NCAA challenge SB 206 in court or if a California school denies college athletes their rights. The new bill also includes safeguards to ensure that college athletes are not denied the same basic rights afforded to all other college students, except when it comes to recruitment.

The new legislation also retains the requirement in SB 206 that prevents college students from having contracts that compete with contracts that California schools have signed, regarding when an athlete is engaged in official team activities.

“The struggle for equality and fairness for student athletes has been underway for decades. California can be proud that SB 206 was the legal kickstart to that movement, prompting states across the country to finally say, ‘no,’ to the exploitation of college athletes,” Skinner added. “This new bill will ensure that California’s achievement is fully protected.”