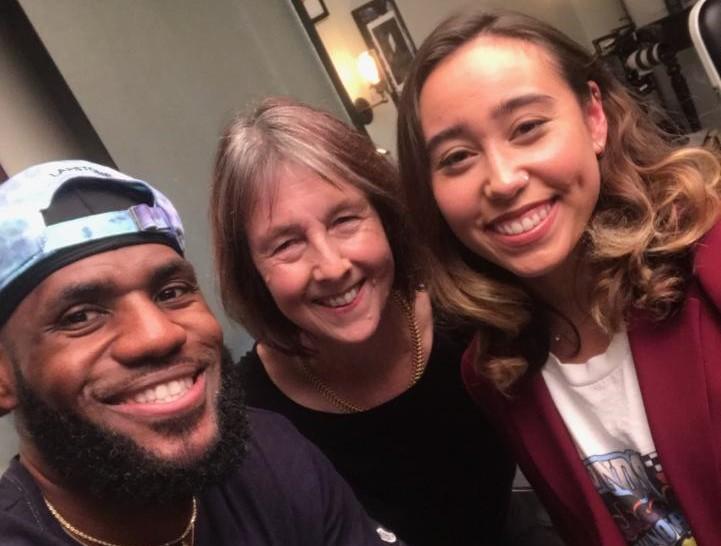 In a historic moment for college athletes, Gov. Gavin Newsom signed into law Senate Bill 206, the Fair Pay to Play Act, by state Sen. Nancy Skinner, D-Berkeley, and Sen. Steve Bradford, D-Gardena. SB 206 makes California the first state to restore to student athletes a right everyone else has: the right to earn money from their name, image, and likeness.

The new law goes into effect on Jan. 1, 2023. Newsom signed SB 206 on Sept. 27 in Los Angeles, during a taping of LeBron James’ HBO show, “The Shop.” James has been a vocal advocate against the exploitation of student athletes, and his support of SB 206 brought international attention to California’s effort.

“For decades, college sports has generated billions for all involved except the very people most responsible for creating the wealth. That’s wrong.” Skinner said. “With SB 206, a student athlete like Katelyn Ohashi will no longer be the only person on the planet denied the right to monetize 60 million YouTube followers.”

“While our student athletes struggle to get by with basic necessities such as food and clothing, universities and the NCAA make millions off their talent and labor. College coaches are now some of the highest paid employees in the country because of the talented young men and women who play for them,” Bradford said. “SB 206 addresses this civil rights issue of today, which is about fairness and equity. Our colleges and universities should no longer treat student athletes as chattel, but as the valued individuals they are. This measure will afford them the right to control their name, image, and likeness. It’s only right and long overdue. I applaud Gov. Newsom for signing this important measure.”

The Fair Pay to Play Act, which grants to California college athletes the same right Olympic athletes have, garnered overwhelming bipartisan support in the state Legislature. It passed both the Assembly (73-0) and the Senate (39-0) without a single no vote.

Under SB 206, all student athletes enrolled in public and private four-year colleges and universities in California will be able to earn money from endorsements, sponsorship deals, and any other activities related to their athletic skills, starting in 2023. The delayed implementation date provides ample time for colleges and the NCAA to prepare for this change.

The Fair Pay to Play Act includes a number of additional provisions:

- Prevents colleges from modifying a student’s athletic scholarship based on the student receiving income from their NIL rights.

- Prohibits the NCAA from banning California colleges from intercollegiate sports if student athletes elect to exercise their NIL rights.

- Recognizes the right of colleges to generate revenue for their athletic programs by forbidding student athletes from deals that undermine their school’s existing endorsement contracts.

SB 206 is also designed to help alleviate the financial hardships that many college athletes face. It’s a myth that all student athletes receive full-ride scholarships that pay for their tuition and room and board. In truth, most athletes do not. Moreover, studies have revealed that the majority of college athletes nationwide live at or below the poverty level, spending up to 40 hours a week on their sport with little to no time left for an after-hours job.

SB 206 also could incentivize college athletes to stay in school, finish their degrees, and not succumb to the financial pressure of turning pro.

The new law will allow all college athletes — not just elite ones — to earn money from the name, image, and likeness, whether it’s a small sponsorship deal with a local business or monetizing a YouTube video, teaching swim lessons, or coaching youth football.

SB 206 will also benefit women athletes, who have far fewer professional sports opportunities than men. Under SB 206, female student athletes will have the chance to market themselves — giving them a shot at breaking through the male-dominated sports industry and raising the profile of women’s sports overall.

In response to SB 206, the NCAA has threatened to bar California schools from championships, contending that allowing students their NIL rights will give our colleges an unfair advantage in recruiting. But numerous legal and constitutional experts have opined that any NCAA ban on California schools for following a state law would be an antitrust violation.

The NCAA has known for decades that it operates an exploitative system. Daniel Boggan, a former chief operating officer of the NCAA and vice chancellor at UC Berkeley, noted in a letter to the Legislature earlier this year that the NCAA’s rules violate the organization’s own bylaws, which state that NCAA rules are supposed to “assure(s) that athletics participants are not treated differently from other members of the student body.” [Bylaw 20.11 (h)].

In reality, all other college students, from music majors to computer science and engineering students, have the right to make money from their name, image, and likeness. And with SB 206, if a California student athlete chooses to do the same, they will no longer have to fear losing their scholarship (assuming they have one) or being banned from their sport.

With SB 206, California is also blazing a trail nationally, leading a movement to restore the rights of college students. Congress and numerous states have bills pending or have expressed interest in passing legislation similar to SB 206 — including Florida, New York, South Carolina, Colorado, Washington, Michigan, and Illinois.

“California leads, that’s what we do. By restoring student athletes’ rights, we’ve sent a clear message to the NCAA, our colleges, and the entire sports industry: Equity must be the overriding value,” Skinner added. “Thank you, Gov. Newsom for signing this landmark achievement. And thank you, LeBron James, for your powerful support of college athletes’ rights.”